Shockwaves are spreading across China's internet as China Central Television and Hasbro announced a Sino-American co-production of a rather bizarre crossover animation called "Nezha: Transformers". 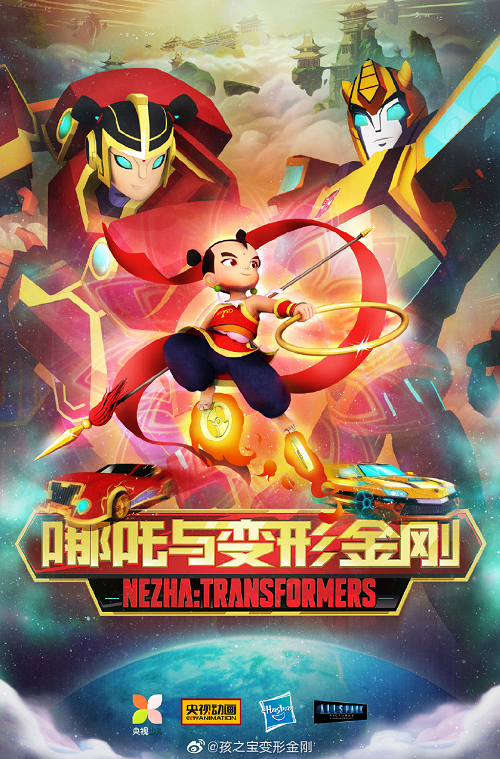 CCTV Animation said the fusion "represents Chinese culture and spirit of justice and courage", as the two will "unite to fight evils" through a "vivid" and "interesting" journey. However, for many Chinese fans, this approach is both innovative and bizarre, and it has great potential to ruin their childhood memories, since it is something like introducing Harry Potter to the Transformers universe.

As a popular character in Chinese mythological legends, Nezha has inspired multiple films and TV series. The most recent film adaptation "Nezha," by Jiaozi, whose real name is Yang Yu, has grossed nearly 4.97 billion yuan ($707.52 million) since being released on the Chinese mainland in summer 2019, becoming the second-highest-grossing film of all time in China.

The "Transformers" franchise animation has been popular in China since the 1980s and its movie series, directed by Michael Bay, has earned 5.3 billion yuan in China since 2007.

The "Nezha: Transformers" trailer shows dazzling battle scenes where Bumblebee, Optimus Prime and Megatro all show up in their original robotic forms, while Nezha displays his kung fu skill using his famous deity tools and weapons - the Universe Ring, Wind Fire Wheels, the Red Armillary Sash and the Fire-tipped Spear.

Nezha also has a Transformer mecha suit to wear, but which makes him look more like a being inspired by the Iron Man from Marvel Comics.

The animated series will be released in 2020, CCTV Animation said. The concept was initiated and the production was prepared as early as 2017, when Hasbro president Stephen J. Davis visited CCTV Animation and a deal was struck soon after.

For Hasbro, it is always about selling toys. A limited new set of "Nezha: Transformers" toys were put on both the flagship Chinese online stores of Hasbro and CCTV Animation early Thursday morning, and quickly sold out.